It started with a postcard....

In 1990,  a small group of Returned Peace Corps Volunteers (RPCVs) in the Kansas City area sent out postcards to recruit fellow RPCVs to connect.  At that time there existed a Regional Recruiting Office in Kansas City (part of Peace Corps headquarters), which aided in forming the group.  The group then affiliated with the National Council of RPCVs, which would later become the National  Peace Corps Association (NPCA).

During the fall of 2000, Kansas City Area Returned Peace Corps Volunteers (KC-RPCV) reinstated their commitment to actively promote the goals of the Peace Corps by electing officers, established a Speakers Bureau, organized social and civic events and a newsletter.  The group also re-affiliated with NPCA, participated in WorldQuest, Habitat for Humanity building, potluck and ethnic dinners, sold the International Calendars, and made presentations to educational classes and organizations.

In 2013, the group became known as the Kansas City Area Peace Corps Association (KCAPCA). Much time and effort went into establishing a board with officers, creating a mission statement, a web site, and Facebook page. In addition, the inaugural  KCAPCA Open House was held and the association began to host an informational booth at the Ethnic Enrichment Festival.

Today the KCAPCA has over 400 members who still seek to spread the spirit of the Peace Corps through social events, volunteering and participating in events throughout the Kansas City Area. 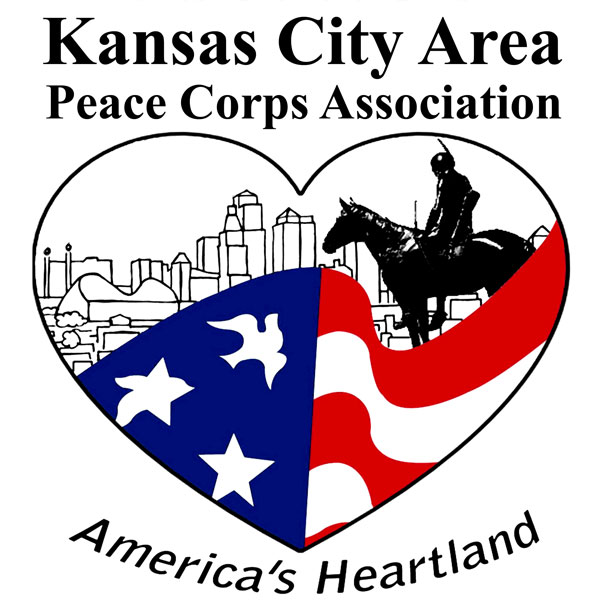